Virgil Griffith’s 2019 just got a whole lot worse after a New York City judge denied the Ethereum researcher bail amidst fears he may abscond. 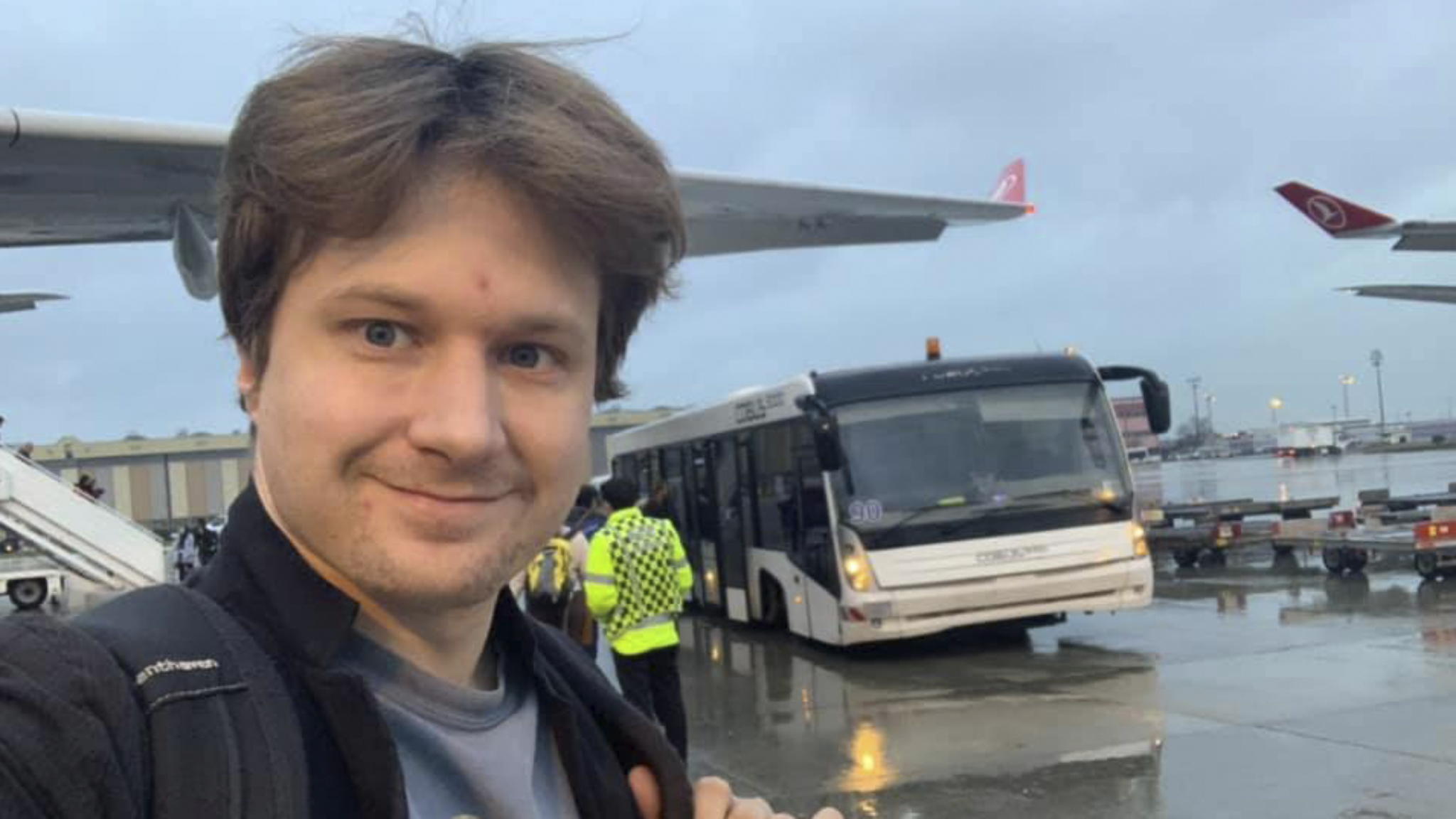 Virgil Griffith, the 36-year-old Ethereum researcher was arrested last month for allegedly showing North Korea how to launder money and skirt US sanctions with cryptocurrencies and blockchain. This week Griffith was denied bail by a New York City judge. His arrest has brought sympathy and speculation in equal measure, so we thought we’d take a look back on what has been an intriguing 30 days.

Griffith was arrested on Thanksgiving day

Griffith was arrested soon after he touched down at Los Angeles Airport late last month by the FBI.

By appearing at a blockchain conference in Pyongyang, North Korea, the US Department of Justice alleged that Virgil was helping the North Korean government to avoid US sanctions and launder its money by using blockchain technology and cryptocurrencies.

In a statement, US Attorney Geoffrey S. Berman said that Griffith “provided highly technical information to North Korea, knowing that this information could be used to help North Korea launder money and evade sanctions.”

In doing so, alleges Berman, “Griffith jeopardized the sanctions that both Congress and the president have enacted to place maximum pressure on North Korea’s dangerous regime.”

The crypto community splits over the news

In the days following the arrest, many came out to voice sympathy for Griffith, while others felt his attitude was ill-judged.

Ethereum’s co-founder, Vitalik Buterin, voiced support for Griffith on December 1, saying that there was “no weird hackery ‘advanced tutoring’.”

A Change.com page petitioning for Griffith’s release has reached 280 signatures–but has thus far failed to reached the 500 mark set by the organisers of the page. 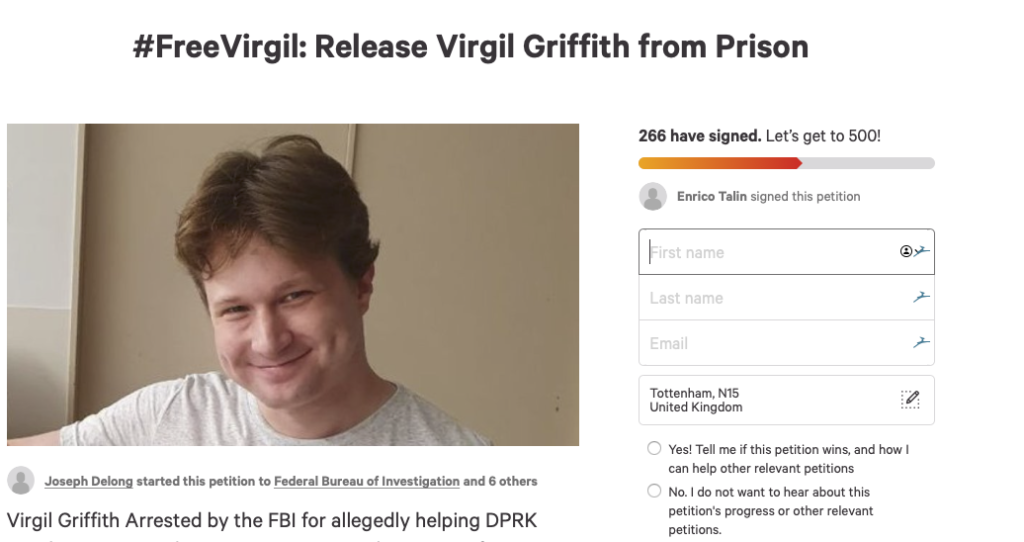 Others have been less kind. “By travelling to North Korea as an American citizen he knowingly broke the law and went against sanctions,” Lefteris Karapetsas, an Ethereum developer, tweeted.

Griffith is denied bail by a US Court

On December 26, a US court on December 26 denied bail for Griffith, reported Inner City Press. The Court for the Southern District of New York said that Griffith, who has never been to prison before, may abscond.

While the judge denied bail, Assistant US Attorney Kimberly Ravener alleged that Griffith told his parents he was considering setting up a money laundering company in North Korea, he was planning on renouncing his US citizenship, he owned the world’s largest portal to the dark web, and that he owned a shell company in Puerto Rico.

But he’s appealing the decision

James Margolin, the chief public information officer for the U.S. Attorney’s Office in the Southern District of New York, told Coin Telegraph that Griffith is appealing the decision at a hearing set for January 9.

It’s up to the Court to decide Griffith’s fate.