Let’s all go to the lobby... and get ourselves some seed funding! 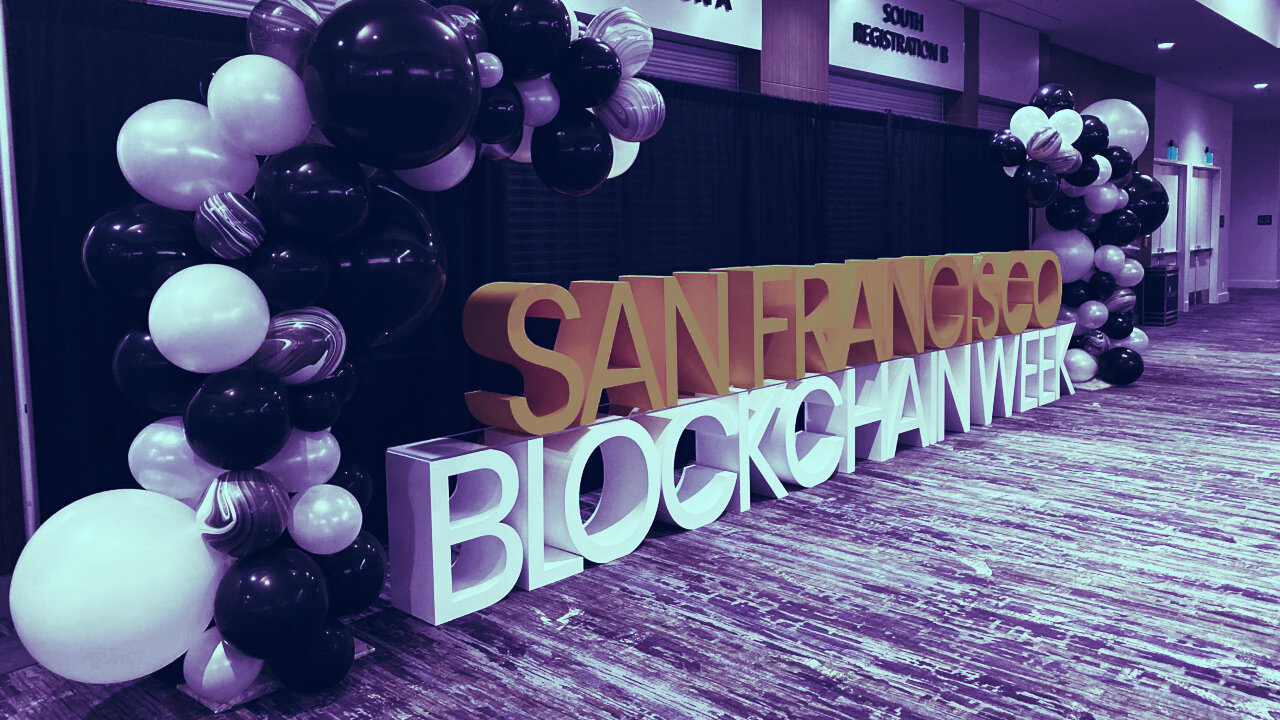 SAN FRANCISCO—A roomy conference ballroom allows everyone to see the speakers. But what if the main stage isn’t the main attraction?

Throughout much of the first day of Epicenter, the pinnacle event of San Francisco Blockchain Week, many of the anemically attended main-stage talks seemed to exist mostly to give attendees a comfortable place to scan the conference schedule and get on Twitter. It’s enough to make one wonder who the conference is for.

“It’s much more of a career fair than I expected,” said Elena Nadolinski of Beanstalk Network, who was at SFBW to participate in a privacy panel titled “What Grinds My Snarks.”

To be fair, many people at the conference have already forged careers for themselves in the space. It’s new partnerships and funding they’re seeking.

Teddy Kozlowski is one of the new crypto career-seekers, spending much of the time since his graduation from the College of New Jersey in 2017 setting up an exchange for nonfungible tokens (NFTs). He told Decrypt he multitasked throughout Day 1 using a networking app set up for the event. “Especially when you’re busy attending these lectures, it’s just an easy way to be scanning for potential leads.” Kozlowski was on the hunt for seed-stage investments.

Shawn Douglass, CEO of Amberdata, is more established in the space and closer to the action. He drove across the bay from Silicon Valley because “this is the epicenter of blockchain/crypto right now. It’s the place to be.” So, where did he spend most of his time? “Most of my time, actually, was in the lobby,” he admitted, adding, “I’ll watch all the sessions later in 2x speed. It’s the network and the people that’s valuable.”

Bradley Clarke of Kame.gg, a Twitch extension for crypto collectibles, said he split his time between the lobby and speakers. The highlight of the latter was a talk on using cryptocurrency to support human rights. But that’s not why he came.

“I came to SF specifically because we’re kicking off our fundraising, so this is the best way to do that. I’ve been to many blockchain, particularly Ethereum, conferences around the world this year,” he said, before noting, “San Francisco has a focus to it that’s definitely unique.”

When asked what he meant, he said, “Investment is happening here in a way that I haven’t seen in other places.”

Maybe it’s finally working in the right way. Conferences during the 2017 Bitcoin bull run infamously featured speakers pumping their products to credulous attendees, hoping to get cash in exchange for tokens. Now, it’s the other way around: Attendees are pitching their products, fully formed, to big-time investors in the hopes of scaling up.

Yet networking isn’t always about money, as TryCrypto co-founder Chase Chapman conveyed. For her, it’s also about “being able to talk to people and actually understand what are a) their challenges and b) end goals.”

Still, she did notice that talk on the development side seemed light, but wasn’t sure if that was because people were just busy doing the work to get to, say, ETH 2.0: “A lot of people just want to put their heads down and develop.”

The rest, it would appear, are ready for investment.