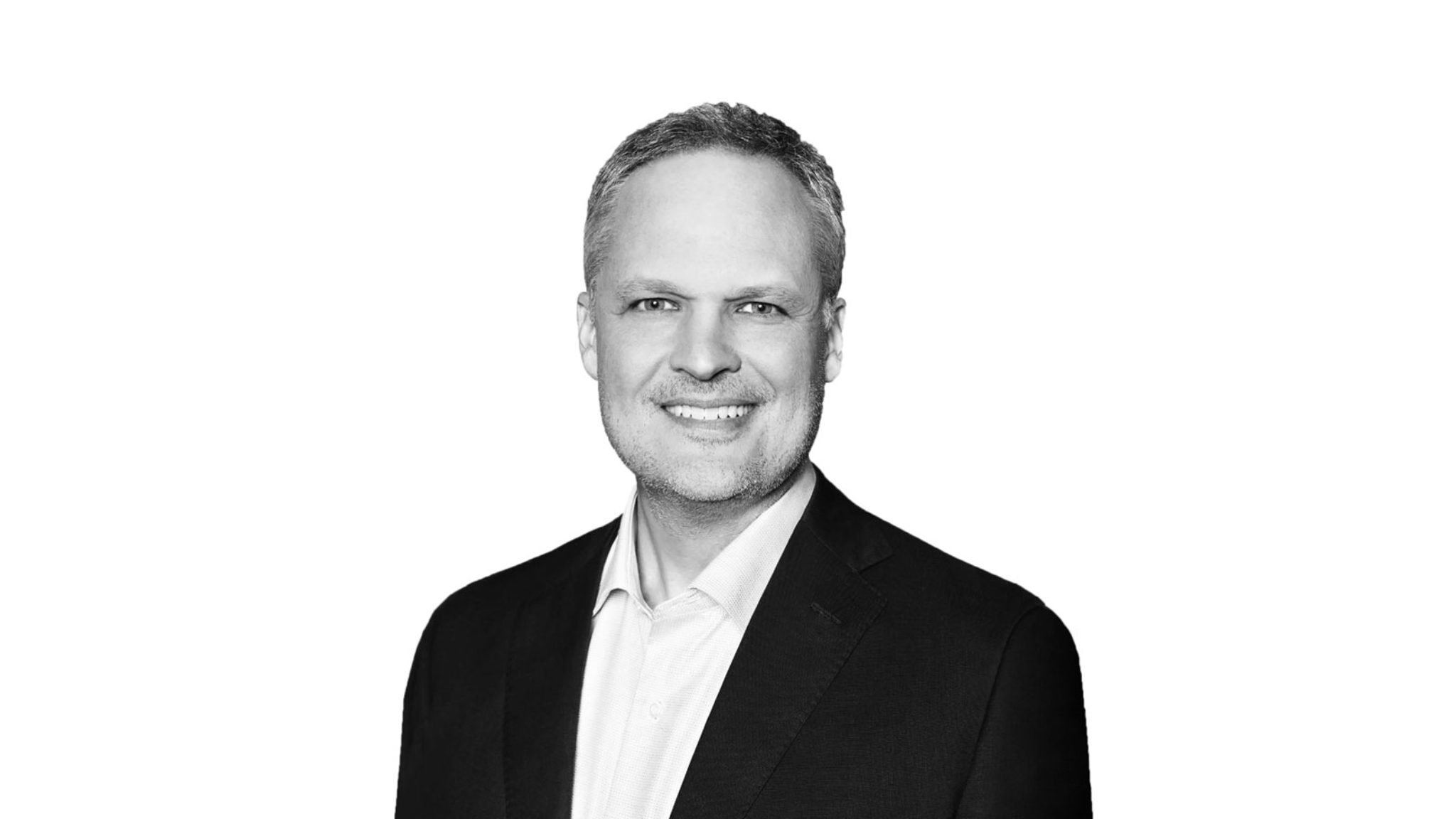 The former weapons scientist for the US Air Force explains why building something that matters instead of something lucrative is the right way to go.

Mance Harmon is CEO and co-founder of Hedera Hashgraph, a platform that presents itself as a faster and more secure alternative to blockchain. While many founders would be intimidated by the thought of re-imagining blockchain, Harmon has quite the pedigree. A former scientist in the US Air Force, he was charged with building simulators to predict and managed nuclear missile attacks, before heading into the world of cybersecurity. There he accrued more than 20 years of leadership experience, founded two startups, became a senior executive for product security at a $1.7B revenue organization, and researcher of Machine Learning at Wright Laboratory. In this interview Harmon explores his journey from ICBMs to DLTs and why building something that matters instead of something makes a lot of money is the right way to go.

I began my DLT career as CEO of a company called Swirlds, which provides a platform to build decentralized applications (Dapps). We leveraged the hashgraph algorithm, which my business partner and friend, Dr. Leemon Baird, invented in 2015. Hashgraph is an enterprise-grade distributed consensus algorithm for the creation of faster, fairer, and more secure Dapps. Leemon started working on Hashgraph in 2012, and when he perfected the algorithm in 2015, that’s when we knew that was our next move.

We set out in 2015, initially only focused on private, permissioned ledgers, and got our initial traction in the Credit Union industry with CULedger (Credit Union Ledger). In 2017, we decided to build a public network with the same technology— the hashgraph algorithm—and that’s when we set up Hedera Hashgraph.

Usually, public ledgers with higher performance have to sacrifice standards of security. Hashgraph is unique in the market, with the highest standard of security possible. The algorithm is uniquely resilient to categories of denial-of-service attacks that competing platforms are not.

Anyone building a Dapp on a public ledger has a significant risk of forking, where the record splits in two, leaving the Dapp without a single source of truth. Through a combination of legal and technical controls, Hashgraph is guaranteed to never fork. While it behaves like an open-source project, it is actually patented. This hybrid approach is critical.  Lastly, Hedera’s governance model is designed to be the most decentralized of any public network. We’re creating a council of 39 global, blue-chip organizations across 18 industries worldwide. So far we have partnerships with Nomura Holdings, Swisscom, Deutsche Telecom, DLA Piper, and Magazine Luiza. These are not merely marketing relationships, but rather, the council members are formal members of the Hedera Hashgraph LLC.

Even before co-founding Hedera Hashgraph, I gained valuable entrepreneurial experience by launching two tech companies. I founded BlueWave Security in 2005 and served as CEO until the company was acquired in 2011. At BlueWave Security, I led the development of hardware and software security applications. Prior to that I founded and led a company called Trio Security from 2002 to 2004, where my team and I developed and marketed enterprise-grade security solutions for mobile devices, with a focus on digital identity.

I began my career with the US Air Force, as a research scientist working for the Air Force as a senior scientist of machine intelligence. It was while on this assignment that Leemon Baird and I first began collaborating, and became close friends. I then taught Computer Science at the Air Force Academy and was the course director for Cyber Security.

Shortly after that, I managed the development of a missile defense simulator used by the United States to study how to protect its citizens and allies from intercontinental nuclear ballistic missile systems. I then left the Air Force and entered the security industry, founding and leading two tech startups, and serving as the senior executive for product security at a $1.7B revenue organization.

I moved to being head of architecture and labs at Ping Identity and from there entered the DLT field as the CEO of Swirlds, a software platform designed to build fully-distributed applications where we first employed the hashgraph algorithm.

As with any emerging market, the technology often develops at a faster pace than the regulations around it. We are seeing that same progression in the DLT and cryptocurrency space, and that is probably the biggest challenge that we and many others in the space are facing.

I read a book by Dee Hock, the founder of the Visa, called “One From Many”, from which I drew inspiration when designing our governance model. Dee was able to bring together a group of financial institutions in the 60s, under a structure where no single entity had control, to deliver a service that has benefited millions of people worldwide. That same concept applies even more to the decentralized web, and became the basis for the Hedera Governing Council.

Outside of work, I enjoy the simple pleasures in life: watching a movie with my wife of 26 years, playing a nightly game of billiards with my 17-year-old son, and reading a nightly Bible story to my 8-year-old before bed.

Be patient enough to do things the right way. I know it can be frustrating to see other organizations running fast and ignoring regulators, but we strongly believe they are doing this at their own peril, and it may cost them their entire business in the long run (and this is already playing out for some organizations). Focus on creating fundamental value, not speculative value. As the industry matures, only those projects that are creating true, fundamental value will survive.

I’m not sure I would do things any differently. Many of our beliefs, which at first have seemed counter to the ethos or idea of a decentralized web — patenting the consensus algorithm so the ledger cannot fork, being governed by a council of the largest enterprises — have seemed crazy to others in this space upon initial review. But over time we are seeing more organizations coming around to our way of thinking, and understanding that we have purposely designed the technology, legal protections, and governance model to ensure continued decentralization for the long term.

There are a number of projects in the ecosystem that we’re excited about, building great applications that really utilize the power of distributed ledger technology. Some of these include:

There are companies doing interesting things that help build out the ecosystem. These include companies like Chainlink, which builds distributed oracles to make sure distributed ledgers can access real-world, real-time data; Carbon (stable currency); and Hash Name Service.   Importantly, we believe that organizations are eager to use a mix of public and private ledgers.

Be patient enough to do things the right way.

The ‘killer app’ for the wider DLT space will be, in my opinion, payments. First, we will see this come to light in the form of international remittances. The need for a borderless currency is evident in both emerging markets, where alternatives to fiat currencies are in high demand, and developed markets, where leading financial institutions such as Central Banks are exploring international payments.    The second driver will be micropayments.

Data privacy has become a priority for enterprises and their consumers. When we think of content consumption online, consumers can either pay overpriced monthly subscriptions, or exchange their personal data for the service. Countless enterprises have come under fire for misuse of this data, which they rely on for revenue. DLT will transform this revenue model. For the first time, we have the possibility to implement extensions on these content sites so that users can pay tiny amounts for the content they consume in real time — fractions of cents in the form of cryptocurrency — with no middle man and instant confirmation of transaction.

There are a number of differences between decentralized and traditional businesses. I think one of the biggest differences is the fact that the decentralized space makes a business global by nature. You cannot simply be concerned with a regional or national market and have to consider audiences around the world. Simultaneously, while keeping your eyes on your inherently global business, you must navigate complex regulatory environments. Every jurisdiction in the world has different rules for cryptocurrency, and indeed emerging technology of any kind.    Another enormous difference is the impact of decentralization on the business model.

To anyone unfamiliar with the industry, I would describe blockchain technology as a replicated database that records information across a network of computers, rather than storing that information with one centralized authority. Blockchain and other distributed ledger technologies can remove the need for ‘middle men’ from a wide variety of industries, increasing transparency, saving time, and reducing costs.