Cologne trials will use blockchain-powered system to switch hybrids to battery power in low emission zones. 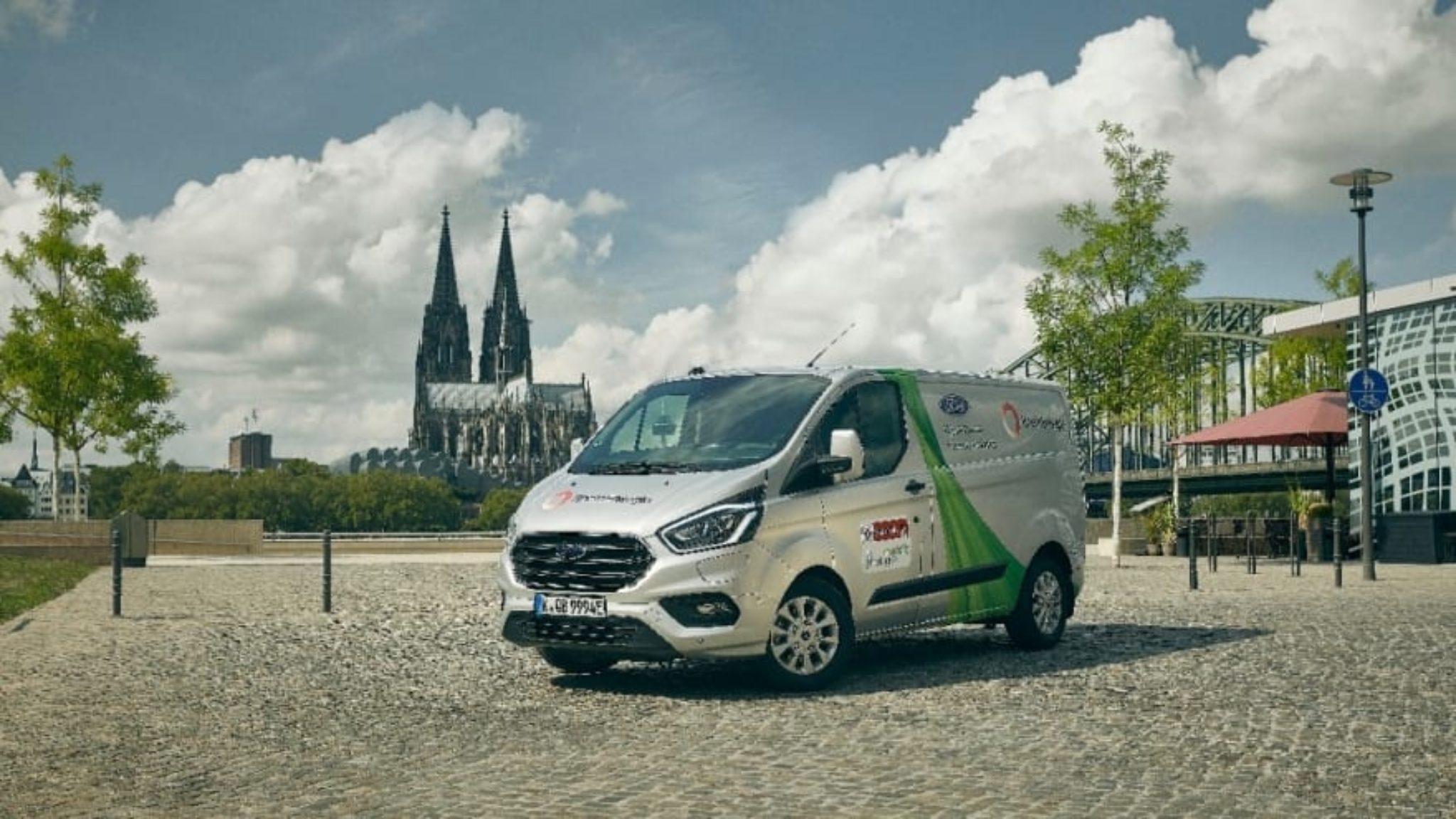 The Cologne trials will take one year and include ten vehicles—nine Ford Transit vans and one Ford Tourneo, each custom-fitted with hybrid engines and new technology.

The plug-in hybrid electric vehicles (PHEV) use GPS to create a virtual geographic boundary and blockchain technology to make sure the cars—which can use both electric and petrol engines—run on low emissions in designated, inner-city zones. Meaning no more black snot for pedestrians, and cleaner air for all.

When cars enter certain zones, the system triggers “electric-drive mode”. The switch, and the time that vehicles enter and exit designated zones, are recorded on a blockchain. It’s difficult to mess with the information that goes on the blockchain, and the data is securely shared only with city authorities and vehicle owners.

“Cologne will keep its drive in the future. And it will be emission-free," said Henriette Reker, Lord Mayor of the City of Cologne. “Transforming our city fleets and using climate-fair vehicles is a matter of high priority to us. After all: if we don’t follow our own guidelines, why should our citizens?”

Trials have already been completed in London, which Ford said went very well. Alongside the Cologne trials, other trials will take place in Valencia in Spain.

“The blockchain technology we are testing here in Cologne enables secure, tamper-proof tracking and logging of vehicle emissions records, which makes it ideal for the PHEV pilot,” said Gunnar Herrmann, chairman of the management board at Ford-Werke GmbH.

These new cars can operate on electric-only engines for around 35 miles, but, when supplemented with the Ford 1.0-litre EcoBoost petrol engines, can travel further than 500 miles.

This isn’t Ford’s first foray into blockchain; on Monday, the Mobility Open Blockchain Initiative (MOBI)—a consortium including Ford alongside fellow auto manufacturers BMW, Renault, GM and Honda—announced its intentions to build a blockchain-based system that would automatically pay for parking tickets and highway tolls.