Derivatives exchange Bybit has committed a billion dollars annually to BitDAO, the new DeFi-focused DAO funded by Peter Thiel and other prominent investors. Here's why. 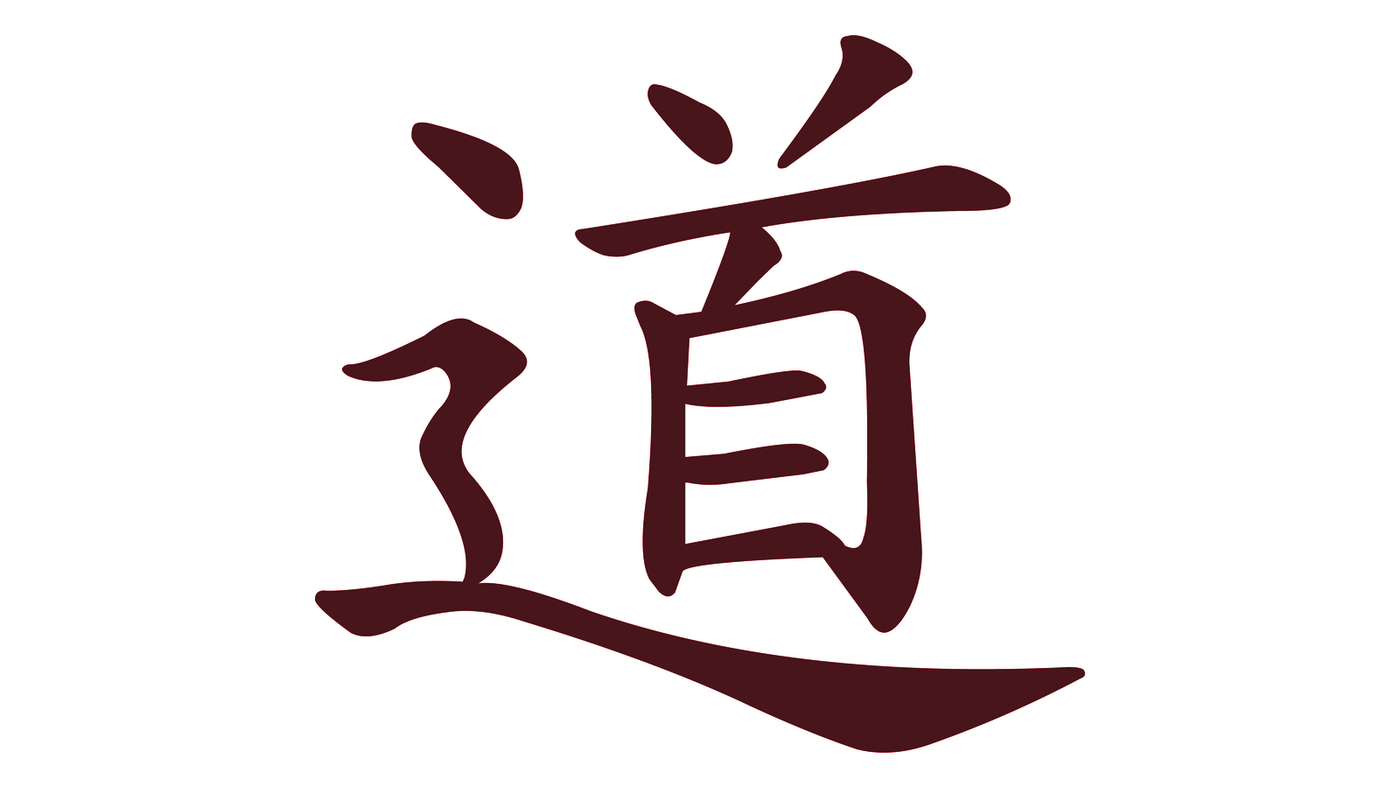 The tao of BitDAO

While the entire world is digesting the recent crypto mining and trading crackdown in China, Bybit, a China-born derivatives exchange now headquartered in Singapore, launched its latest and potentially greatest incarnation: BitDAO. Backed by prominent investors such as Peter Thiel and his Founders Fund, Pantera Capital and Dragonfly Capital, the DAO raised $230 million on its promise to support and turbocharge decentralized finance.

Bybit’s rise and its pivot to BitDAO might seem like an overnight sensation. But in reality, the derivatives exchange made a very deliberate decision to leave China a year ago when it shut down its local operations and focused its efforts on courting international retail investors. The move into a DAO makes sense when we look at its journey thus far.

So how did Bybit grow from a little-known China-based exchange to a global giant, whose daily trading volume frequently topped $10 billion over the past few years? For this week’s da bing, I talked to Ben Zhou, co-founder and CEO of Bybit, and chatted about the rise of the exchange—and why its move to a DAO was inevitable.

Zhou, who was born in Liaoning province but went to college in the U.S., got into crypto as a part-time content creator and Youtube influencer. He quickly amassed tens of thousands of followers and carved out a specialty, analyzing various ICO projects in 2017.

When the market crashed in 2017, Zhou realized that his best shot in crypto wasn’t content creation—it was rethinking how to make crypto derivatives exchanges more accessible. As a former forex exchange operator, the interfaces on the then-popular derivative exchanges such as Bitmex and OKEx struck him as “Window95-ish.” He decided to launch a crypto derivatives exchange that looked and felt as modern as crypto itself.

“We started in April, 2018 and went online in December, 2018,” Zhou told me. “All of us lived in the same apartment and worked 24/7. Fundraising was the hardest—we met with over 100 VCs, but only managed to raise from friends and family.”

Crypto-derivatives exchanges allow traders to go long or short a crypto without holding spot assets. Bybit is known for offering highly leveraged perpetual contracts, which are derivatives without an expiration date.

Zhou’s big break came in March, 2019 when the bear market finally eased, and Bybit broke even for the first time.

“We tried to raise more in 2019 by promising investors that by 2020, we’d surpass 5% of Bitmex’s trading volume. But it turned out that in 2020, we surpassed Bitmex, and now we are trading 10x of Bitmex’s volume,” Zhou told me, proudly.

The Salesforce of crypto exchanges

The key to Bybit’s early growth was its influencer-marketing program. “When we were small, it was impossible to spend money on marketing. The best way to onboard new users was through promoters and revenue sharing,” Zhou said. “When I realized that both Bitmex and OKEx have opaque reporting around the bonus programs for their referral programs, I knew we had a chance to win.”

This insight pushed Zhou to devote the majority of engineering resources early on to build the best customer relationship management platform (CRM, like Salesforce) for influencers, who could make money by promoting Bybit to their audiences.

Its CRM tool is sophisticated enough to allow promoters to view traffic generated by their social media posts, breakdown their commission by region, and even provide advanced analytics of their audiences’ behavior. That’s not so different from the tools TikTok provides to its influencers, but back then in the crypto world, Bybit was unique in its offering and relentless focus on retailers.

“Data transparency is key to promoters. They have to know that they are treated fairly and can make a living by being a full-time Bybit advocate,” Zhou said.

In those early days, 60% of Bybit’s volume came from affiliate marketing. Over time, as Bybit established its brand, the affiliate marketing volume dropped to 20%-30% as the site became stronger. Impressively, it was among the only exchanges to have 100% uptime during last month’s market volatility.

The exodus from China

Bybit decided to leave China in June, 2020. To outsiders, it might have seemed crazy for Bybit to leave one of the largest retail markets in the world. But Zhou and his team realized that crypto trading had become a very endangered species in China.

“We had two choices. If we stayed in China, we would be closer to the Chinese retail market and have access to millions of new customers. But the downside was that good engineers, especially those who were ex-Alibaba and ex-Tencent, were all wary of joining a Chinese exchange.”

So the company decamped to offices in Singapore, Hongkong, the Philippines and other places throughout Asia. Only a handful of R&D resources are still contracted in China, he said.

If we want to turn our business from billions to trillions, we cannot exist in a company-form, but a ‘social phenomena' form.

DAO is the only way to exist and scale

The growth path was not all rosy, however. Over the years, Bybit’s aggressive push into the retail trading space, and its notoriously high leverage—up to 100x—caused regulators to crack down on the exchange. Both the UK's Financial Conduct Authority and the Ontario Securities Commision banned Bybit from offering services to its citizens. The company has complied and halted its business there.

“There’s really nothing we could do, but it also illustrates the importance of decentralized exchanges.” Zhou told me

Like Binance, Bybit faced two paths. And here I would like to make a play on words: 道 or “tao” means “path” and is pronounced dao. Hence Bybit faced two “daos:” One path was to become regulated, which is the direction that Binance took. The other 道 was the path of decentralization via a decentralized autonomous organization (DAO), which is actually the most Taoist path there is. That’s the path Bybit took.

And that’s how BitDAO came to be born. “If we want to turn our business from billions to trillions, we cannot exist in a company-form, but a ‘social phenomena form,’” Zhou told me, somewhat mystically.

A DAO, a crypto incubator, or an ETF?

Though it’s early days, we can see a hint of what Zhou ultimately hopes to achieve. The traditional, Web 2 approach that most exchanges took was launching native tokens as a way to transact, pay for services and maintain control as well as a lion’s share of the business.

But BitDAO’s native token is a governance token that puts the community—not Bybit—in control.

DAOs are the latest sexy trend in crypto. The basic idea is that a group of smart people, all of whom with skin in the game via a governance token, are better able to sort through fast-moving and voluminous amounts of information and make decisions, than a small group of experts. Every crypto startup has either launched or is launching a DAO, though ironically, many are still backed by Silicon Valley investors.

So what makes BitDAO a true DAO?

For Zhou, BitDAO is first and foremost an organization with a voting structure. He aspires to build an organization that will work with protocols and projects built on any legitimate blockchain.

To start with, he’s committed 0.025% of Bybit’s total trading volume to BitDAO’s treasury. Given its recent data, that donation could exceed $1 billion per year. “Everyone can see our volume on Coingecko and calculate our contribution. There’s no hiding or confusion,” Zhou said.

“I think R&D sits at the heart of crypto going big,” he said. “I want to be able to support engineers who want to leave Microsoft and Google and be able to work full time in crypto.”

But BitDAO isn’t a nonprofit. It’s still looking for a return to its investors.So how does that work?

The answer is that by investing and swapping its treasury tokens with favored projects’ tokens, BitDAO could eventually become a sort of crypto industry-wide ETF. A safer way for investors to participate in the most interesting new projects that emerge in crypto.

And that might be the ultimate reason why investors such as Peter Thiel invested in the DAO. The DAO is an efficient way to amass as many tokens as it can, distributed among the most promising new projects in the hot and fertile DeFi ecosystem.

Needless to say, BitDAO will be competing with other VCs and market makers. It’s not clear whether the DAO’s wisdom-of-the-crowd approach—-plus an enormous amount of funds and its close ties with the money-printer Bybit—will give it an edge over a handful of super savvy investors moving fast and calling the shots.

But maybe it’s just like 2020, when Zhou had the foresight to leave China. By DAO-ing itself, Bybit is leaving the centralized Web for the potentially safer, smarter world of Web 3. And perhaps this is yet another foresight Zhou will be glad to have had in the future.

China has a history of re-defining technology. It redefined what the Internet is with a firewall. And now it’s re-defining what NFT are—with a Chinese characteristic: no public ledger, and no reselling rights. Alipay unveiled a novel use of NFTs and is using them as skins for user profiles when they make transactions. I guess it’s cute. We will just have to get used to NFTs being literal JPEGs in China now.

The pain is real. Chinese miners, including those in Sichuan province, are now in a state of despair. Miners have to decide whether to hold a firesale and leave, or flee abroad. No one expected the severity of the recent crackdown, and there are two dominant theories. The pessimistic one states that Bitcoin has left China forever. The optimistic one hopes that once the crackdown recedes, small mining farms will resume. Bitcoin is unlikely to disappear from China. Me? I’m optimistic—long term. We have an old saying “上有政策 下有对策” which means, “when there are orders from above, there are countermeasures from below.” Given blockchain’s permissionless nature, the Chinese will eventually find a way to jump over the firewall and access crypto.

It’s only a matter of time before Changpeng Zhao, Binance’s CEO, and Justun Sun, CEO of Tron, tried to make beautiful music—or rather, art—together. NFTs look like the perfect breeding ground: The two joined forces for a new “NFT Marketplace” unveiled last week, and it promises to be a big event. Sun, known for paying millions to buy NFTs, will leverage Binance’s existing customer base to hype up the trend. And CZ, who famously loves following the latest trends, can leverage Sun’s NFT collection and influence to amplify Binance’s own influence. Both founders and their companies left China a long time ago, but the Chinese bonds remain strong: People can be chased out of a country, but the cultural ties remain.

Metaverse is translated as 元宇宙 in Chinese. Which is kind of weird. The word “meta” in English means “beyond”—but 元 in Chinese means “the original.” Maybe, the metaverse has always been the OG world we live in.