Counsel for the US Securities and Exchange Commission and Ripple shall present their cases to a New York court in February. 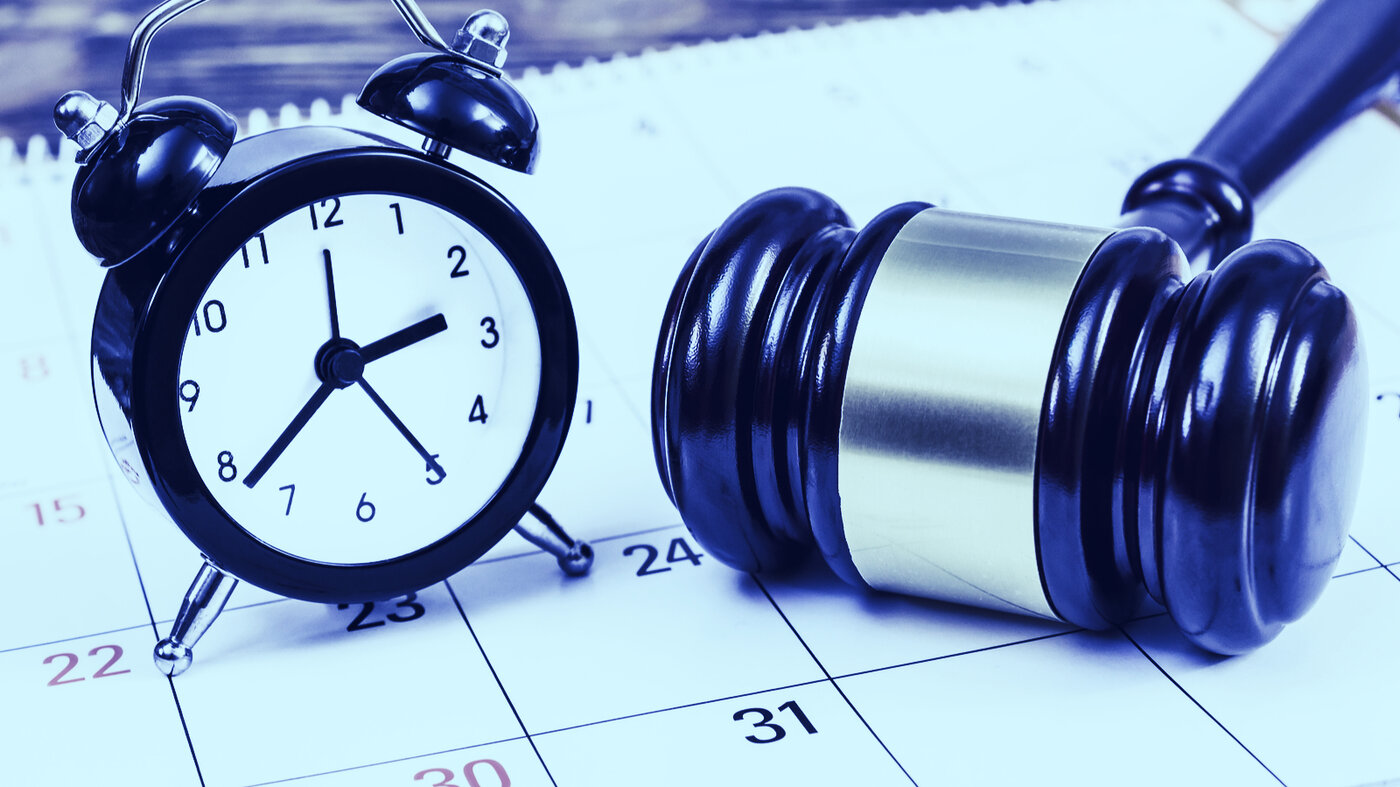 Judge's gavel with clock and calendar on the table. Image: Shutterstock

Ripple lawyers: Shine your loafers, press your suits and roll your Xes, your Rs and your Ps. The Southern District Court of New York has pencilled in your time to shine as 10 am, February 22. Sharp!

In a letter filed to the court yesterday, Judge Analisa Torres scheduled an "initial pretrial conference" for the case between the US Securities and Exchange Commission and Ripple Labs, the company associated with XRP that the SEC is suing over securities violations. Judge Torres ordered that "counsel for all parties" dial into the conference.

The SEC last week alleged that Ripple, as well as its co-founder, Chris Larsen, and its CEO, Brad Garlinghouse, have raised $1.3 billion in ongoing, unregistered securities sales since 2013. The defendants deny the allegations, arguing that XRP doesn't constitute a security.

The SEC has taken Ripple to court to settle the matter. The case rests on whether the SEC can prove that Ripple marketed XRP as an investment and plays an active role in its success.

The New York judge also directed all parties to submit a joint letter a week prior to the conference. The letter should describe the case, its allegations and defenses, any contemplated motions and the prospect for settlement.

The implications of the case are manifold. Cryptocurrency exchanges won't list XRP if it's a security; many, including Bitstamp, Coinbase and OKCoin, shall suspend trading of the coin next month.

All this has crashed the price of the coin, which has fallen by about two thirds in the past week, from $0.6 to $0.2.