The United Nations doubles down on crypto

Distributed-ledger tech, coupled with retinal scanners, is being used to help Syrian refugees. Here's how 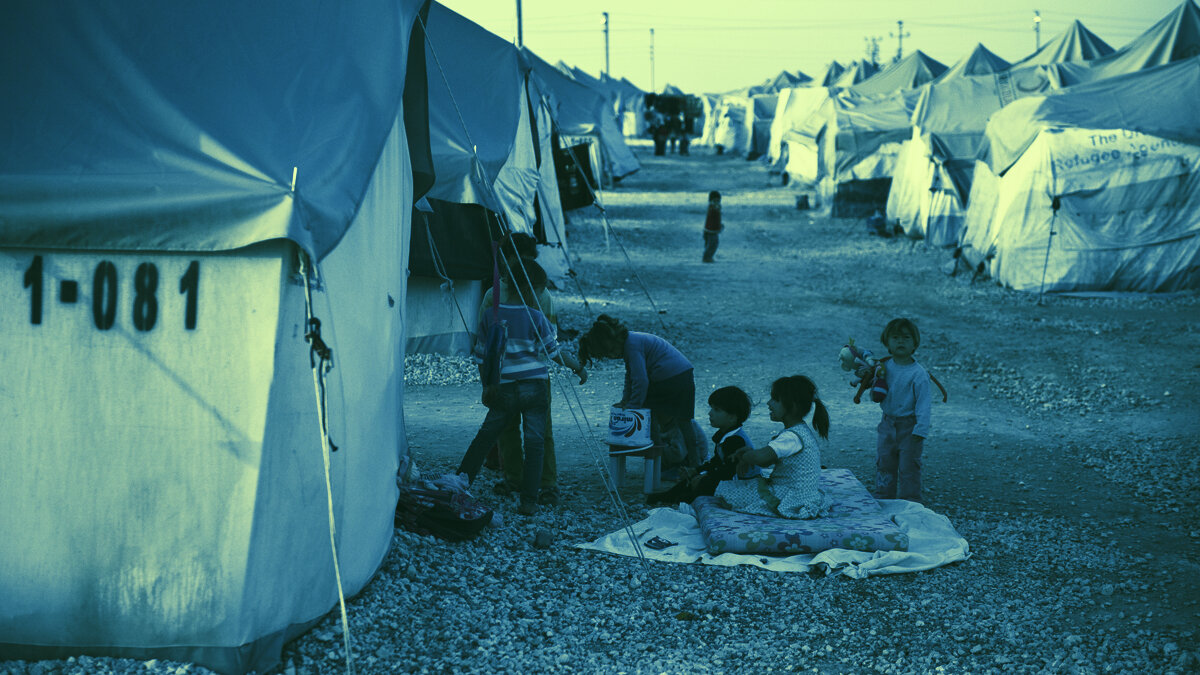 Blockchain technology is attempting to make it easier for Syrian refugees to get food PHOTO CREDIT: Shutterstock

The big news that came out of the United Nations early this week was when the general assembly laughed at the president of the United States. But in fact there was a much more important story that was completely overshadowed by the circus.

The international governing body announced this week that it’s doubling down on blockchain. Trials in Jordan involving Syrian refugees will expand alongside an initiative to track food shipments arriving in East Africa.

Or as Robert Opp, director of the UN’s World Food Programme’s innovation division, put it on a blockchain panel earlier this week: “Can we increase efficiency by knowing in real time where the food is, be able to demonstrate the food’s origin in shipment points, [and] have this traceability record?”

For example, let’s say that the WFP has a bulk of goods arriving at the Port of Djibouti. The plan is to test how blockchain can improve how food arrives at point A and ends up at point B somewhere in Ethiopia.

It’s the second type of initiative the WFP is testing blockchain with.

It’s first program, early last year, was aimed at helping the more needy. That pilot program involved testing a cashless-payment system verified through biometrics in Sindh, Pakistan. After some trial and error, the WFP rolled out the program to Syrian refugees in Jordan earlier this year.

The program made it possible for refugees to pay for groceries simply by getting their eye scanned. The biometric identification is linked to an authorized fund supported via blockchain.

Yet one of the more interesting aspects of the blockchain solution was that even in this time of crisis, the WFP was able to preserve the privacy of refugees involved in the program.

“The U.N. High Commissioner for Refugees keeps the full biometric data in a secure cloud solution. We only download some basic unique identifying information, we don’t put their full information on blockchain. I’m not even sure that their full names go there,” Opp explained.

The technology behind all this involves IrisGuard, a biometric authentication technology already in use by refugees in conflict areas. The WFP’s program runs on a private, permissioned blockchain that uses the Parity Ethereum client, a service that helps build core infrastructure that is supposed to enable quick transactions. The process also uses Parity’s Proof-of-Authority consensus algorithm, which raises the bar on who’s in the system, by requiring identity verification for all its participants.

In addition to delivering 3.5 million tonnes of food a year, at least according a speech Opp gave back in 2017, the WFP also delivers millions of dollars in some form of cash assistance. And in refugee camps, going to an ATM machine to pull some money out of your account is a luxury that doesn’t really exist. This cashless system also helps refugees avoid losing any money to transfer fees, say if they wanted to give some money to a friend or family member.

“We are reaching 106,000 Syrian refugees in Jordan every month with cash benefits transfers,” Opp said. “By implementing blockchain system we have been able to save around $40,000 a month in the transfer fees.”

The project is already breaking silos within the United Nations. Just last week, the UN’s Women Program and the WFP announced a joint partnership in doling out the cashless payment service to Syrian women refugees in the Za’atari and Azraq refugee camps in Jordan.

This new collaborative project is supposed to ensure that women in those camps won’t have to wait for their monthly cash assistance, and instead can use the cash-free, eye-scanning payment system linked to their account.

“We know that women in crisis situations and displacement settings tend to have lower digital literacy than men, and often lack access to the technology and connectivity that are so critical in today’s world,” said UN Women Executive Director Phumzile Mlambo-Ngcuka, in a press release. “UN Women is partnering with WFP to change this by using innovative technology to drive change for women in the most challenging settings and to accelerate progress towards women’s economic empowerment on a large scale.”

Unlike the current Commander-In-Chief, these latest practical uses of blockchain are nothing to laugh about.