Nouriel Roubini and Roger Ver square off for a cantankerous debate in London. The crowd was boisterous. 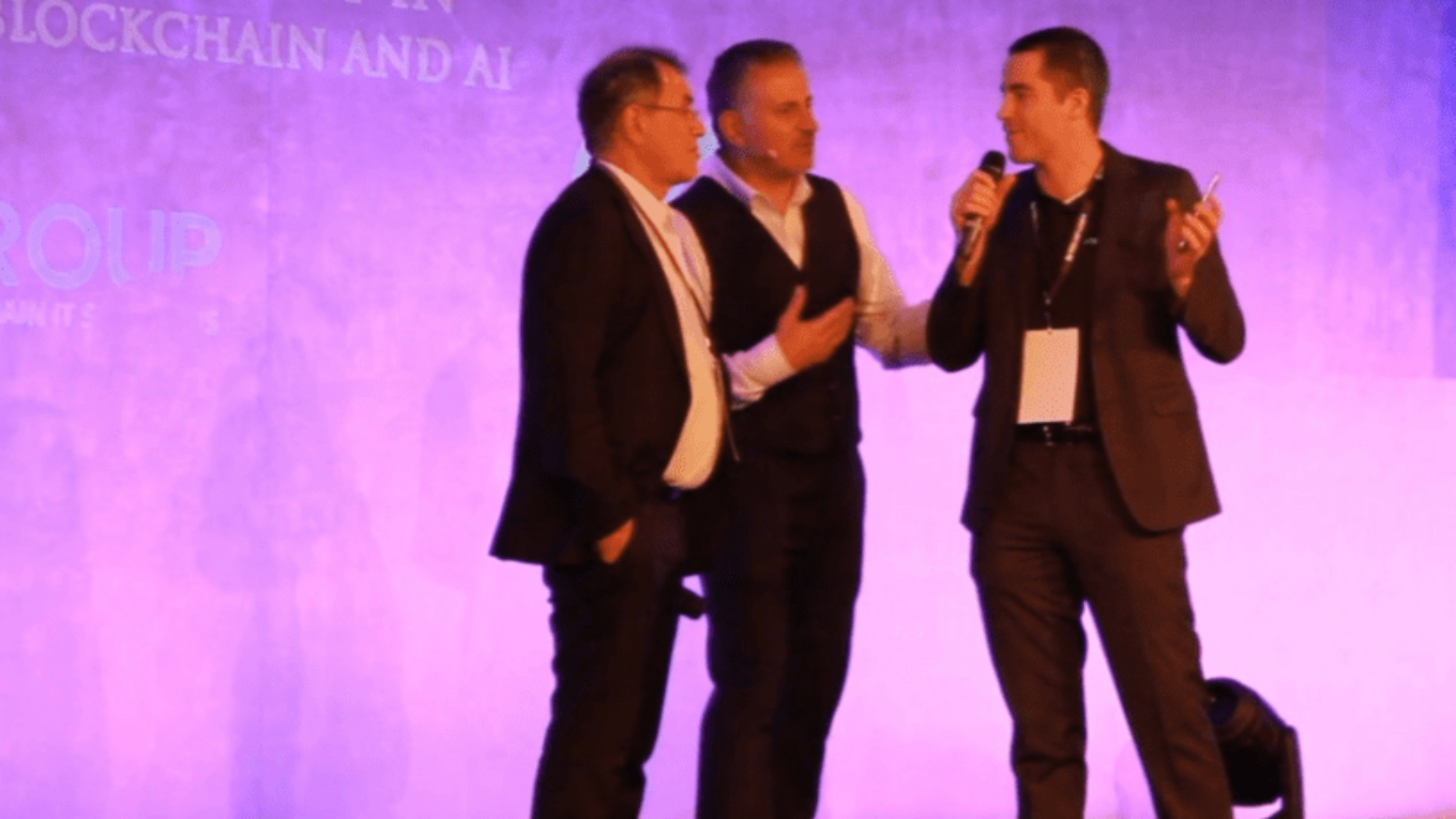 Roubini would likely disagree, but he was practically heckled out of the room before we were able to get his take on the debate. “I have to catch a plane,” he said, and hustled off into a back room.

The two had squared off at the Queen Elizabeth II Conference Center, in the Westminster neighborhood, a four-minute walk from the Houses of Parliament. Some 500 people were in attendance, and the crowd was restive, booing and shouting, especially at Roubini toward the end of the confrontation.

“The killer app is uncensorable money,” Ver said toward the start of the debate. “This is a wonderfully powerful tool for every single human being on the planet.”

Roubini demurred. Unless crypto follows anti-money laundering and know-your-customer regulations, governments “will crack down on you,” Roubini said. “You are delusional.”

Roubini’s comebacks were mainly personal attacks on Ver, and the fact that cryptocurrencies had been down more than 95% from their all-time-high prices. He described crypto as “a big, fake thing.”

The New York University professor, known as Dr. Doom for his often bearish assessments, attacked Ver for the 10-month stint the so-called “Bitcoin Jesus” did in federal prison, for selling fireworks online in 2002.

After the debate, Ver said Roubini “had to resort to complaining about [Ver] selling firecrackers on eBay” instead of the debate objective, which was intended to settle whether “cryptocurrencies will fail or succeed.”

Ver pointed out to us that while “every asset is down from its peak… if you're looking at how much cryptocurrencies are up since a couple of years ago,” the gains are still significant. For example, prior to Bitcoin’s 2017 bull run, the decentralized asset spent most of 2016 trading in the $400 to $1000 range.

Ver said that in 2011, “Bitcoin went from $30 down to $2—so that's more than a 90% drop—but now here it is. It's not $2 anymore, it's thousands of dollars—so his arguments don't hold water with me. And I don't think anybody in the crowd was schooled either.”

“If [Roubini]  wants to close his eyes and plug his ears and claim nobody's using it—well, that doesn't change reality one bit. People are using cryptocurrencies,” he added.

Indeed, during the debate, an audience member asked for a show of hands of people in the room who use, or used, crypto. About 80% of the people in the room raised their hand. Needless to say, the deck was stacked since they were all here for the conference, “The CC Forum: Investment in blockchain and AI.”

Still, Ver mused, “Maybe Dr. Roubini is good because he can help sell more tickets and maybe some people came here that wouldn't have otherwise come. But I don't think his arguments were very effective or persuasive today.”