This cryptocurrency profits every time someone dies from Coronavirus

A group of developers has created a token that goes up in value every time someone is infected by the disease–to help raise awareness.

The coronavirus has made it harder for people to meet in-person. Image: Shutterstock.

While the world continues to fret about the Coronavirus, a group of crypto enthusiasts has allegedly built a currency that allows holders to profit from the pandemic.

CoronaCoin (NCOV), according to a post on Reddit, is a token built on Ethereum that goes up in value the more people the virus kills and infects. The project, according to Sunny Kemp, an admin for CoronaCoin’s Telegram group, was formed by “programmers and activists on 4Chan,” the controversial forum that helped spawn the hacker collective Anonymous.

“We developed the world's first blockchain that tracks the spread of the virus based on it's [sic] token supply. The token supply started at 7.6 billion and is burned every two days to keep up with official WHO statistics,” said Kemp.

The company’s website promises to donate funds to the Red Cross to help efforts to stop the virus from spreading.

The token supply is based on the world population, 7,604,953,650 according to the company’s Discord site. Every 48 hours, the token is burned to reduce supply in line with reports on the Coronavirus’ spread. This deflationary measure is designed to push up the value of the remaining coins as more are burned.

“The benefit of documenting the spread of the virus on the Ethereum blockchain is that it is uncensorable. People behind the great firewall can view the real death statistics by checking our token contract on Etherscan.io” said Kemp.

The front page of the website has an interactive map tallying the total number of infections–at the time of writing it’s sat at 71,030. According to Etherscan, there are nearly 600 addresses that have bought CoronaCoin.

The team took nine days to build the project, and are currently developing a strategy game that uses the token. “We intend to launch tip bots so people can spread coronavirus on social media. This will help build public awareness,” said Kemp.

"A portion of funds raised will go to charity. This is our goal, to spread awareness and help fight the virus. For example, we are currently in talks with a biochemist who is working to develop drugs to fight the virus. These are the kinds of partnerships we want to build."

Kemp explained the project has allocated 20% of its profits to registered charities. 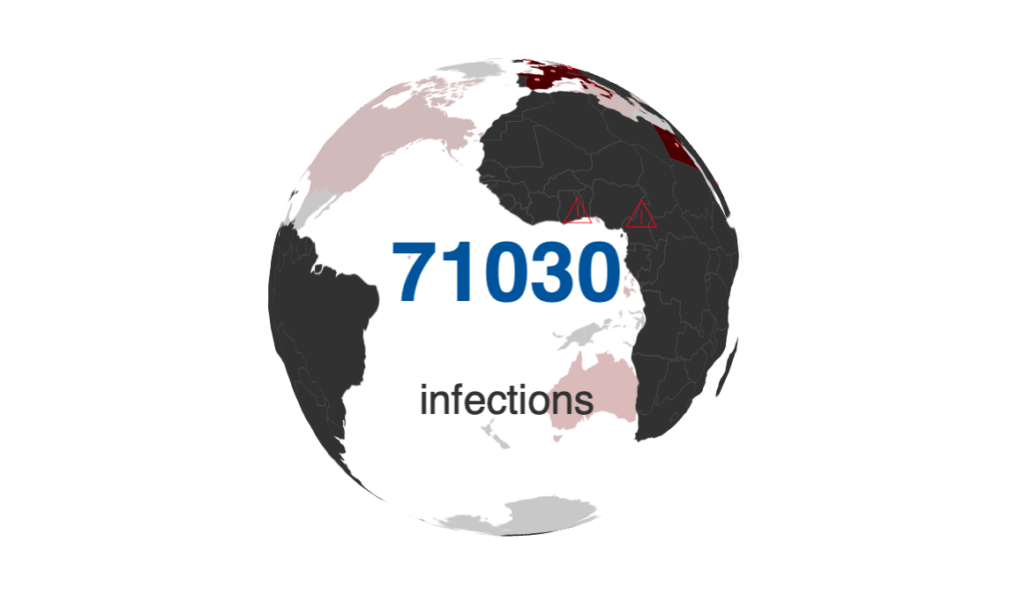 Over on the project’s Discord, however, users have taken a more Machiavelian approach to the project. “So some guy at my work got the flu a couple of days ago and now is in the hospital cuz it developed into pneumonia that is affecting his heart somehow if he dies I suggest we add him to the burn count,” one user said.

When asked whether this incentivizes people to falsely report, or worse, encourage the spread, PeteWeathers, the admin on CoronaCoin's Discord channel said, "It has been brought up before, and we recognize that aspect of the project. We would never advocate for anyone to do such a thing, obviously. It would be morally, and probably legally, wrong. We believe CoronaToken holders are responsible."

Why build a cryptocurrency versus traditional fundraising? PeteWeathers said, "There are plenty of people out there advocating to help the relief efforts, but we thought this would be a good way to raise awareness in a unique and interesting way."

If you’re tempted by the project, you’ll need a MetaMask wallet, and an account on the Saturn Exchange. Alternatively, you can do it the old fashion way and join the company’s bounty program to help spread the v̶i̶r̶u̶s̶ good word.