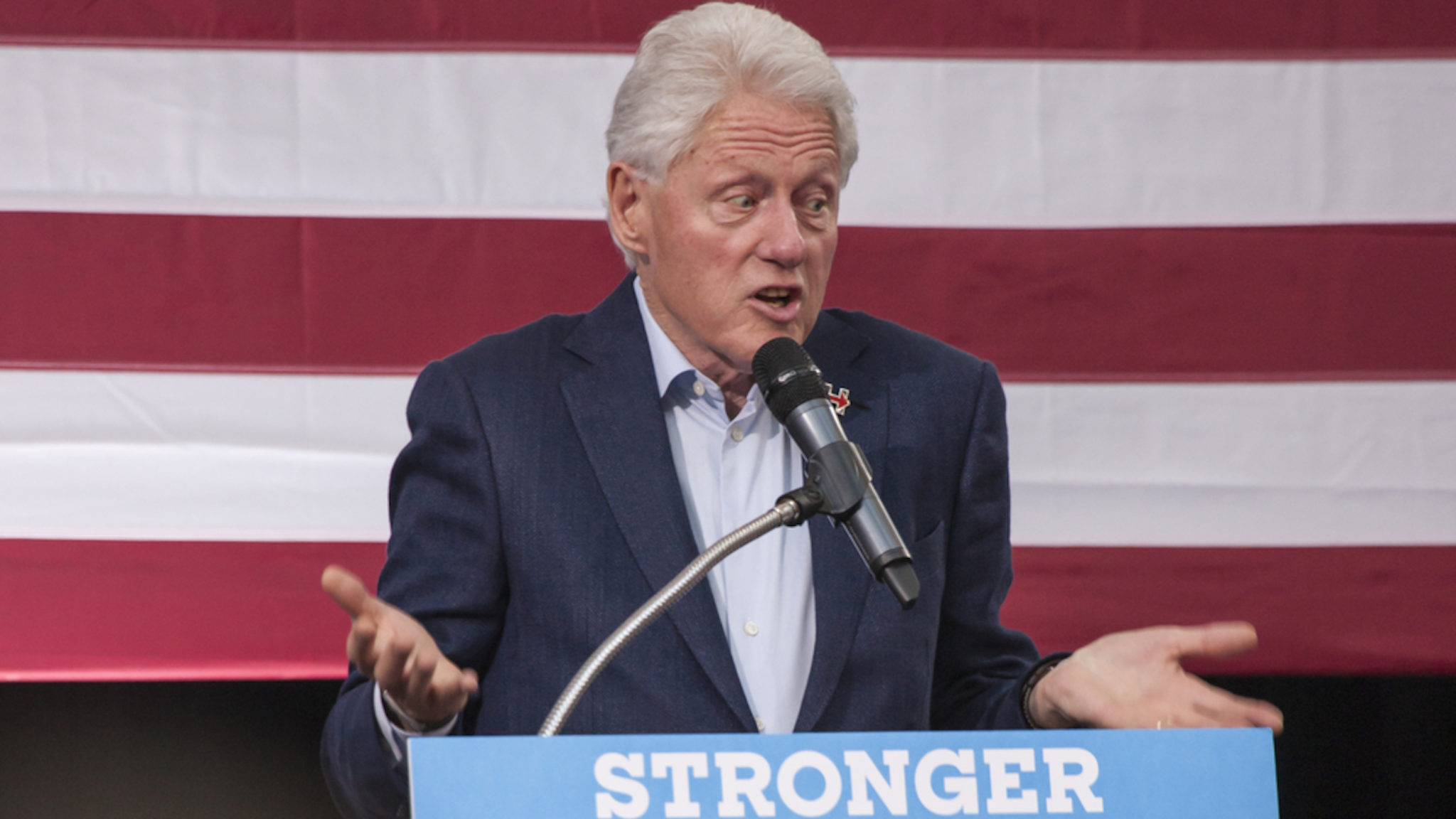 Crypto banking company Ripple has three big new clients for its xRapid program, which helps firms speed up cross-border transactions. The three are international payment platform MercuryFX, remittances firm Cuallix, and Catalyst Corporate Credit Union, a credit union advisor. What’s important is they’ll actually be using the technology with immediate effect, instead of just hyping it on their Medium blogs. The xRapid program--and its enormous draw for investors--is suspected to have been the main drive behind Ripple’s recent 80 percent price boost. But that won’t make us like you, Ripple.

The client news was announced at Swell, a big Ripple conference in San Francisco. Swell’s headliner, incredulously, was….surely not...Former President Bill Clinton?  Yes, yes it was. Unless Clinton is just the event’s er, token former president, his being there represents a massive, brain-clanging nod from that establishment of establishments, the Goldman Sachs conference circuit.

But how does The Comeback Kid even know about this stuff? Does he read the Debrief? Does he parse 367-page whitepapers after lunch with Hillary and her ghostwriters?

Regardless, Clinton had some things to say. Referring to “the whole blockchain deal,” Clinton voiced concerns that reckless regulation would amount to “killing the goose that laid the golden egg.” To succeed, crypto must be made “applicable across national borders [and] income groups." Hear, hear.

In another, lesser story of statesman-intervention, UK Chancellor Philip Hammond proposed blockchain at the Conservative Party conference as a possible solution to Brexit hard border woes in Ireland. “Irish ethno-nationalist tensions” on the blockchain is a novel use case, for sure.

You know who else had some things to say? Erik Voorhees, increasingly beleaguered founder of explicitly not “pro-money-laundering” outfit ShapeShift, which lets (soon to be past tense) users transact altcoins anonymously with one another. Voorhees took issue with an investigation by the Wall Street Journal that found some $9 million had been laundered through the exchange.

Calling the report “deceptive,” Voorhees explained, in a scathing blog post, how the $9 million in illicit funds only amounts to 0.15 percent of ShapeShift’s total trade volume. (That’s “if it’s true.”) Hmm. Sounds like a trivial point. Would you send your old folks to a retirement home in which "only" 0.15 percent of its residents are murdered?

More importantly, Voorhees derided the suggestion people were laundering fiat money through ShapeShift (“it can’t be done,”) attested to ShapeShift’s transparency (the “irony,” he says, is that the WSJ's damning investigation relied on ShapeShift’s publicly available data) and questioned the Journal’s methodology (“the authors didn’t understand how to properly read the blockchain transactions.”)

One French spy, meanwhile, has been laundering state secrets. According to Le Parisien, an unnamed officer with the Direction Generale de la Securite Interieur has been charged with selling classified information to an organized-crime syndicate in exchange for bitcoin. DGSI members were alerted to the leaks by another crime-fighting unit, after which they traced the suspect’s transactions through the bitcoin blockchain. Potentially, the agent’s crime carries a seven-year sentence and a 100,000 euro fine. With his presumed bitcoin bail money on a bearish downturn, the unnamed agent should’ve sold his secrets for Ripple, instead.