HTC Exodus 1s review: a budget crypto phone with too many compromises

HTC follows up the Exodus 1 with its second blockchain phone. But does the Exodus 1s' Zion wallet and node-running ability make up for its limited spec sheet? 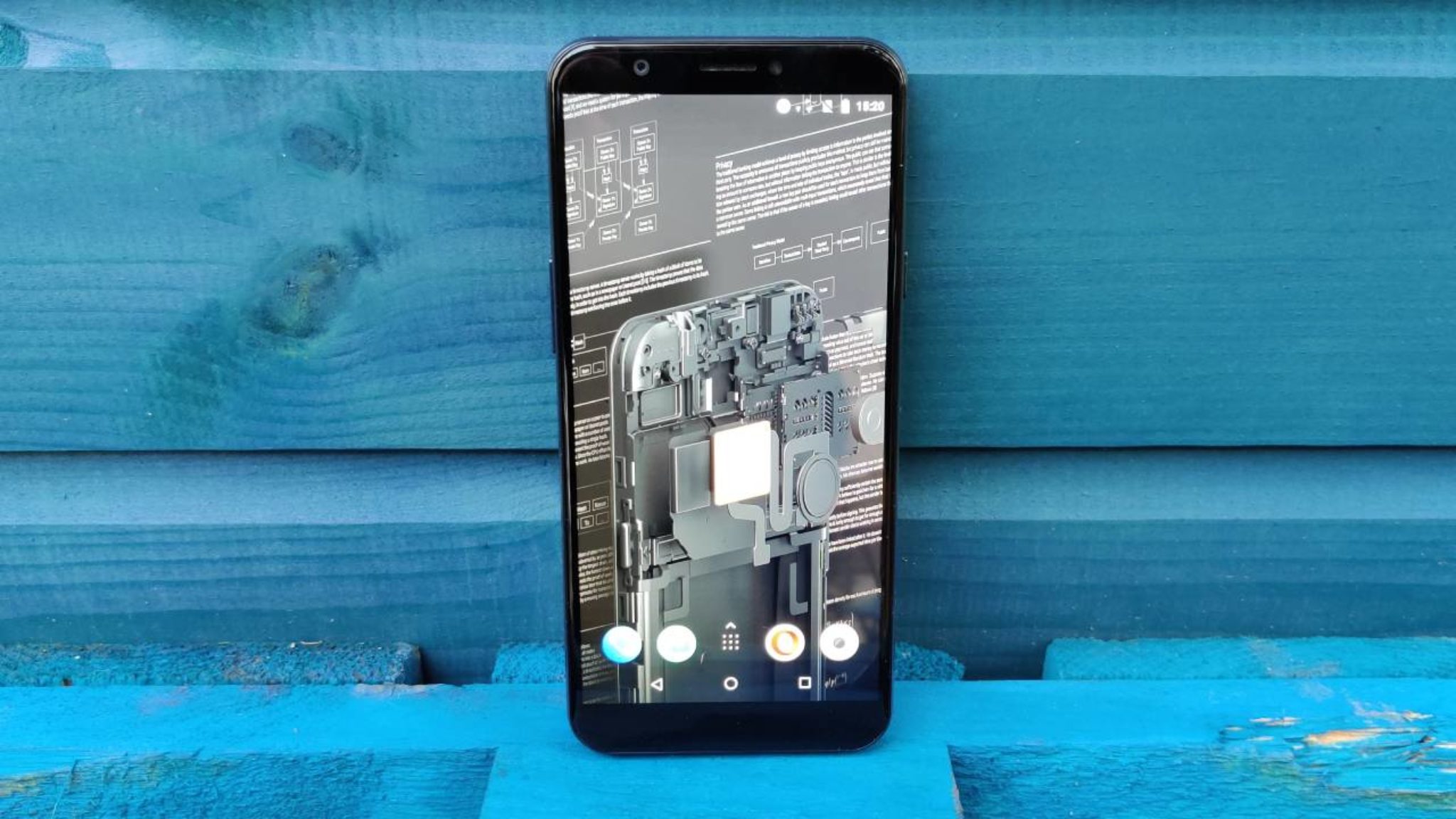 The world needs more smartphones like Instagram needs more selfies. We're inundated with rectangular glass slabs that offer cookie-cutter features and experiences without anything exciting to separate them.

Then there’s the HTC Exodus 1s.

On paper, the $244 (€219) Exodus 1s is a pretty run-of-the-mill smartphone, with an aged three-year old Snapdragon 435 processor, running the two-year old Android Oreo operating system. And yet, we’re still taking the time to review it. Why?

Simple: the HTC Exodus 1s is one of the world's first crypto-focused smartphones, from a company that, at one time, made some of the best handsets in the world. The mid-range sibling to its flagship Exodus 1 brother, the 1s stands out from the crowd with its forward-looking crypto features—most notably, its built-in Zion hardware wallet, which allows users to store and send Bitcoin, Litecoin, Ethereum, and a few other ERC-20 tokens based on the Ethereum blockchain.

Pushing the boat out further, the Exodus blockchain phones are also capable of individually functioning as a full Bitcoin node, which means that they can verify and perform transactions on the device itself, without relying on another service. Indeed, the Exodus 1s comes with this feature out of the box, while the flagship Exodus 1 is still waiting on a firmware update to enable it to run a full Bitcoin node.

This obviously earns the Exodus 1s a ton of crypto street cred—but with all that said, is it worth your hard-earned cash (or indeed, bitcoin)?

HTC has made the setup process gratifyingly simple. Set up your six-digit PIN or alphanumeric phrase, and you’ll be presented with a 12-word recovery phrase. As with other crypto wallets, this recovery phrase is incredibly important, as it’s the only way you’ll ever be able to recover your wallet if it’s lost or stolen, or if the PIN ever escapes your memory.

That means you’ll need to write your recovery phrase down on some paper (or etch it on some aluminum if you’re paranoid) and hide it in a safe place (or split it across two safe places if you’re really paranoid). The Zion app makes you manually enter each word on the next page, just to make sure you’ve accurately transcribed it. Smart.

Once that’s sorted, you’re good to go, and can use Zion to send and receive coins just like any other crypto wallet. It’s important to stress here that Zion isn’t just a pre-installed app. It’s also a piece of hardware that’s completely isolated from the rest of the Exodus 1s’ innards, which means that there’s no way for any nasty malware or viruses to sneak across from the phone. It’s based on ARM’s TrustZone technology, which is similar to the secure enclave on Apple’s iPhone, and is therefore extremely difficult to crack.

In essence, Zion is essentially a cold wallet, similar to the hardware wallets offered by the likes of Trezor or Ledger, except it’s built into your phone. However, unlike hardware wallets that can be left at home or stored in a safe, your smartphone travels with you everywhere you go. With the best will in the world, it’s far more likely to break, get lost, or stolen.

This is obviously a major issue, but one that’s somewhat mitigated by that all-important recovery phrase. As long as you have that, your wallet can be recovered, and HTC takes things one step further by implementing what it calls ‘social key recovery.’ This involves splitting your key among three to five trusted contacts, who are assigned via a list stored in your Google Drive. In the event that your crucial piece of paper is lost or destroyed, this adds a further layer of security—assuming, of course, that you have enough friends you feel that you can trust indefinitely.

Overall, then, the Zion wallet is an interesting implementation of a secure hardware wallet that’s easy to set up and use.

The HTC Exodus 1s can run a full Bitcoin node

The Zion wallet isn’t the only crypto trick up the Exodus 1s’ sleeve. Its headline-grabbing ability to host an entire Bitcoin node generated plenty of coverage when first announced, sparked by HTC’s decentralized chief officer Phil Chen: “We gave users the ability to own their keys, and now we’ve gone one step further to allow users to run their full Bitcoin node. We are providing the tools for access to basic universal finance, the means to have a metaphorical Swiss bank in your pocket.”

“Full nodes are the most important ingredient in the resilience of the Bitcoin network,” said Chen. “We have lowered the barrier to entry for any person to run a node, which is simply a computer, mobile in our case, participating in the global Bitcoin network that propagates transactions and blocks everywhere, which is the foundation and fundamental definition of a peer-to-peer cash system.”

The ability to validate and verify Bitcoin transactions directly off your smartphone sounds great in practice, but the reality is unfortunately rather more challenging—so much so, in fact, that we haven’t been able to test it out ourselves.

For starters, the Bitcoin ledger is big. So big, in fact, that you’ll need a microSD card with at least 400GB on which to store it. You can buy these anywhere from $20-$80 on Amazon, depending on their speed. While not a huge cost, it’s still an extra hit on your wallet. Technically the Zion app recommends 280GB of memory in order to store the Bitcoin ledger, but given that you only get 64GB on the phone as standard, you’ll want the extra space for media and files. Either way, it’s not ideal.

The bigger problem, though, is the fact that you’ll have to keep the Exodus 1s plugged into a power source and connected to a Wi-Fi network in order to run the node. This essentially renders it useless as a smartphone; unless you plan on leaving the Exodus 1s at home 24/7 purely for node purposes, this feature is an occasional party trick at best. You’re far better off running a full node on your home computer, which easily meets the requirements for storage, Wi-Fi and power.

The Exodus 1s' selection of dapps is limited at this stage

Beyond the Zion wallet and node-running abilities, the Exodus 1s also offers a sparse selection of decentralized apps (dapps) which can be downloaded within the Zion wallet itself. The main advantage of dapps is that they’re more resilient, autonomous, and secure compared to traditional apps. They also ensure that data is kept private, and thanks to their peer-to-peer nature, are also kept out of the control of a single entity or company.

It’s great in theory, especially for those disenchanted with the data harvesting of global super corporations like Google and Facebook, but the Exodus 1s’ current selection of dapps has barely anything of use. It’s still very much early days, but we applaud the idea nonetheless.

The Exodus 1s' etched design gives it a unique look

Crypto features aside, the Exodus 1s is an average phone, which is to be expected given its budget price tag.

Its light plastic build feels a bit creaky and cheap, though we do rather like the etched Exodus design on its rear—which, incidentally, is also where the fingerprint scanner is located. The fingerprint scanner works well, and allows you to unlock the Zion wallet without entering your PIN, though we prefer the current flagship trend of in-display scanners, which are more convenient.

The 5.7in 720 x 1440 display isn’t anything to write home about, and is rather low-res compared to other handsets hovering around the same price. It is, however, fairly compact, which makes it easy to use with one hand.

The specs under the hood are disappointing, with a low-end Snapdragon 435 processor that was first released three years ago. While it seems snappy enough for every-day use, we’re not sure it’ll perform well in a year’s time once it’s loaded up with apps, though its 4GB of RAM—which isn’t a terrible amount—should hopefully negate any issues.

For now though, it struggles with fairly long load times in the latest demanding games like Asphalt 9: Legends, which only runs smoothly at the recommended low graphics settings. While it can run at the higher quality settings, you’ll spot noticeable frame drops during hectic moments.

On the camera front, things are equally bland, with a single 13MP rear camera. It takes decent shots in bright light, though you’ll notice a loss of detail and some grain when zooming in. Things get much worse in dark and low light shots, where there’s even more grain and loss of detail.

One benefit of the Exodus 1s’ low specs and lower-resolution screen is the battery life. Thanks to a decently-sized 3,074mAh battery, the Exodus 1s will happily last you a full day even with heavy use, which is a plus.

The HTC Exodus 1s is a solid smartphone, but its crypto features don't justify its mid-tier spec sheet

The Exodus 1s is a very niche product, and far from perfect. Like its flagship Exodus 1 sibling, it’s aimed at die-hard crypto enthusiasts, and is a phone ahead of its time. View it as an early concept and a pioneer of things to come, and you can forgive its shortcomings—to an extent. We’re all for decentralization and innovation, and through this lens, we applaud HTC and Phil Chen’s vision for the Exodus line.

Having said that, there are some obvious flaws here. You can purchase dedicated crypto wallets like the Ledger Nano S for just $59. Even if you lose your crypto wallet and buy another one, it’s still easier on the bank balance than the Exodus 1s. In addition, its ability to run a whole Bitcoin node is a feature that’s best left to a PC, which doesn’t require the compromises that the Exodus 1s demands of its user.

With the crypto tech aside, you can also get a better-specced, more capable smartphone in the form of the Motorola Moto G7, which can be snapped up for around $250. For barely more than the $244 Exodus 1s, the G7 serves up a larger, higher-res display, more powerful innards, a newer version of Android, and a better camera that is capable of taking some very impressive blurred-background portraits. In a direct contest of phone vs phone, there’s no doubt which is the better choice.

Lastly, we have HTC’s own Exodus 1, which offers the same crypto smarts, packed into a phone that’s absolutely worth a place in your pocket, with modern flagship specs and great all-round performance. At $699 though, it’s substantially more expensive.

If you’re a passionate crypto enthusiast that wants a smartphone to demonstrate your belief in the tech and the concept of decentralization, we’d recommend going for the Exodus 1, if you can handle its higher price tag. It’s a great phone in its own right, with crypto features thrown in as an added bonus.

If you’re limited to a $250 budget though, we can’t recommend the Exodus 1s; the tradeoffs you’re forced to make for its young, novel crypto features are just too much to ask.